Youth Exchange students often say their experience abroad was the best time of their lives. Being part of the program can be life-changing for Rotary members as well

For more than 40 years, Rotary Youth Exchange has been one of Rotary’s best-known programs. As an official program, it dates to 1975 — but by that time, Rotary clubs had already been sending students abroad for decades with the aim of promoting international understanding and friendship.

Although the COVID-19 pandemic postponed some exchanges, the ethos of Rotary Youth Exchange remains strong. While all new long-term exchanges will resume at a later date, some districts have been allowed to continue exchanges with strict safety guidelines and program modifications during the 2020-21 Rotary year. Read our interview with RI Director Tony Black about the measures Rotary is taking to keep youth exchange students safe.

What the program offers to and asks of participants — an openness to new ideas and experiences, a willingness to adapt and to gain new perspectives, and an opportunity to make new friends and learn new ways of living — are the same values that define Rotary itself.

“The major goal of Youth Exchange is to dive into another culture,” says Rotary President Holger Knaack, who served as chair of the German Multi-District Youth Exchange; he and his wife, Susanne, have themselves hosted dozens of students. “Youth Exchange is an opportunity for the kids to experience something new. And it has enriched our own lives.”

“A friend of mine was making a TV show about foreigners who travel the Korean countryside. He asked me to appear, because I was this young Belgian guy who could speak Korean. The show aired after I returned to Belgium, and it was a crazy success. The producer called me and said, ‘You have to come back.’ I was just 18 and was supposed to go to university, but suddenly I had a chance to go back to a country I loved and be on TV. My parents were very supportive. They said, ‘Of course you have to do this. It’s the opportunity of a lifetime.’”

“That year in Osaka shaped my life. It gave me an incredible foundation and the courage to travel the world and spread my wings.”

On his first audition, Joel Jackson told himself: “I’ve just got to do what I did in Brazil: jump in and trust that I’ll be able to handle myself.”

Now: Award-winning TV and film actor in Australia, best known for his roles as Charles Bean in Deadline Gallipoli and Peter Allen in Peter Allen: Not the Boy Next Door

While on exchange, Rebel Wilson contracted malaria. “When I was in the hospital in intensive care, I had this hallucination that I was an actress and that I was really, really good, and that I won an Oscar.” That fever-induced moment inspired her to change her career path to acting.

“My relationship with Rotary began as a Rotary Youth Exchange student and continued as a member of a Group Study Exchange team. Later as a Rotary Peace Fellow, I began a process of learning about leadership that will continue throughout my life.”

Now: Urban planner who sailed to Antarctica with 89 other women from 26 countries to highlight the influence and impact of women in making decisions that shape our planet

Now: Uses his language skills as a marketing and sales specialist for Mexico and Latin America for Nippon Express

“My true education began in Thailand, and, in many ways, I consider it the country of my birth.”

Now: Author, professor, and trauma therapist. Her first book, Touch the Dragon: A Thai Journal, a bestseller, detailed her time spent on exchange in Thailand.

A look back at the history of
Rotary Youth Exchange

If your club would like to support the program, contact your district leadership for guidance or email Rotary’s support staff at youthexchange@rotary.org. 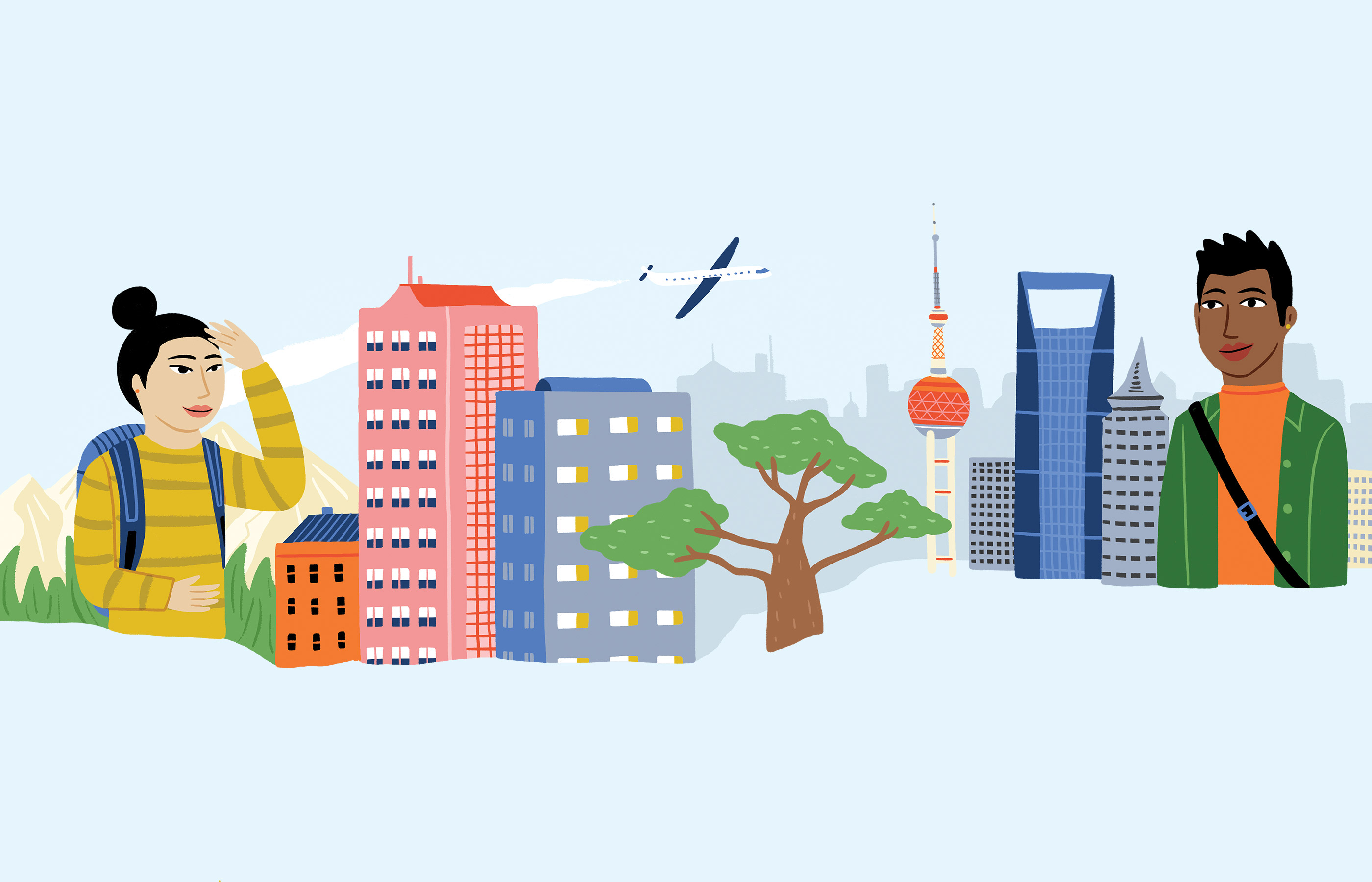