More than $1 billion in pledges to end polio

At the Rotary International Convention, global leaders and key donors affirm their commitment to ending polio

By Ryan Hyland and Teresa Schmedding

With polio on the brink of eradication, nations from around the world and key donors pledged more than $1 billion to energize the global fight to end the paralyzing disease.

The historic pledges of new funds at the Rotary Convention in Atlanta, Georgia, USA, will go toward drastically shrinking the $1.5 billion gap in the funding that the partners of the Global Polio Eradication Initiative say is needed to reduce polio cases to zero worldwide.

Bill Gates, co-chair of the Bill & Melinda Gates Foundation, said ending polio would be one of the world’s greatest achievements.

"Polio is the thing I spend the most time on. Everyday I look at my email to see if we have a new case," Gates said. "I'm very inspired to be part of this. I'm also very humbled."

Rotary International President John F. Germ announced that Rotary would increase its commitment and raise $50 million per year over the next three years. Rotary has raised more than $1.7 billion to fight the disease since 1985.

“Right now, every time a new case is identified, it really could be the last one the world ever sees,” Germ said.

Twenty-seven countries, organizations, companies, and individuals pledged $1.2 billion at the Rotary International Convention in June. The United Kingdom pushed the total to $1.3 billion with a $130 million pledge in August.

The new funding will go toward polio eradication efforts such as disease surveillance, responses to any outbreaks, and the vaccination of more than 400 million children annually. 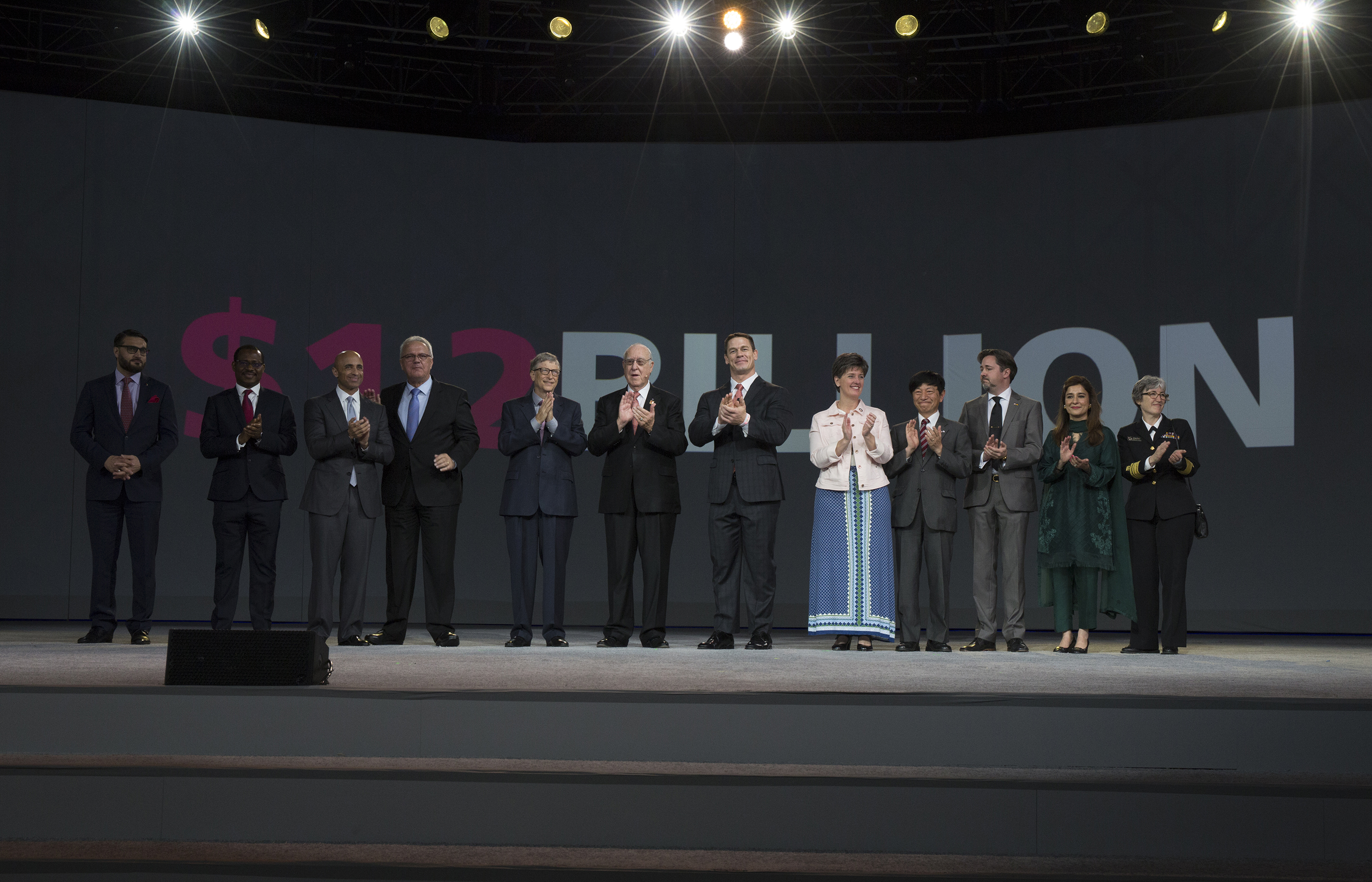