In a world where intolerance and violence fueled by religious differences are seemingly increasing, one Rotary club in Indonesia is showing how diversity can help prevent a pandemic threat.

When the Rotary Club of Solo Kartini in Surakarta, Indonesia, formed 25 years ago, its members drew criticism from the predominantly Muslim community.

The club’s members were mostly Christians, atypical for a country where more than 80 percent of the population is Muslim. Religious leaders were skeptical of Rotary’s secular mission and wary of intrusion.

And the effort they have put into breaking down barriers and fostering respect and understanding among club members has reinforced the club’s capacity to address dengue fever, one of the biggest public health threats in tropical cities like Surakarta.

Dengue fever is a virus transmitted by mosquitos that flourish in tropical urban environments like Surakarta. There is no effective treatment; once infected, victims experience sudden high fevers, severe headaches, joint and muscle pain, fatigue, nausea, and vomiting.

Launching an effective public health initiative to prevent the disease requires volunteers with deep knowledge and connections to the community who can craft specific and sustainable solutions. And that means being able to build relationships across religious, cultural and socio-economic lines.

Rotary member Mariam Kartonagoro says her club’s diverse makeup – particularly its abundance of mothers and professionals of varied ages and backgrounds – enhances their effort to fight dengue fever. “The fact that we are different does not create trouble, but it strengthens our relationship,” she says.

In collaboration with the Rotary Club of Westport, Connecticut, USA, and the local ministry of health in Surakarta, the Muslim and Christian club members have been able to help reduce the risk for dengue fever by interrupting the breeding cycles of carrier mosquitos.

The first step was to implement a startlingly simple, low-cost strategy: line the dark cement bathtubs, common in Indonesian households, with white tiles so mosquito larvae is easier to see – and remove. In five years, the club project modified more than 3,500 tubs in two neighborhoods.

But tiles weren’t enough. The club needed to change habits and behaviors that contribute to infections, which required building trust to educate the community.

“Our main focus is to educate and invite people to be aware of health issues, hygiene, and the importance of a clean environment,” says Rotarian Indrijani Sutapa, one of the dengue project leads. “This takes a very long time to teach.”

Community social workers teach homeowners how to empty and scrub infested tubs twice a week, close the lid on water containers, and bury waste that can collect water.

The fact that we are different does not create trouble, but it strengthens our relationship.

Siti Wahyuningsih, Surakarta’s director of public health, hopes to extend Rotary’s white-tile project to other parts of the city.

“Health is a shared responsibility between government, society, and the private sector,” she says. “The government can’t do it alone. We as a community must embrace all of our strengths, and Rotary is a big one.”

The club hopes to see more people crossing cultural lines to help each other.

“Rotary has a very diverse membership, and we can be examples to others in the way we work. After all, when we give help, we do not ask about the religion of the person whose tub we replace. We think in a much more global way,” says Rotarian Febri Dipokusumo. “And we try to foster relationships with people who may have different beliefs or thoughts. We can become friends here in Rotary. Maybe this way, we can inspire Indonesia and the world.”

To celebrate its 100th year, The Rotary Foundation is recognizing 20 global grants that exemplify what a project should be: a sustainable endeavor that aligns with one of Rotary’s areas of focus and is designed in cooperation with the community to address a real need. The Rotary Club of Solo Kartini, Indonesia, and the international sponsor, the Rotary Club of Westport, Connecticut, USA, are being honored. 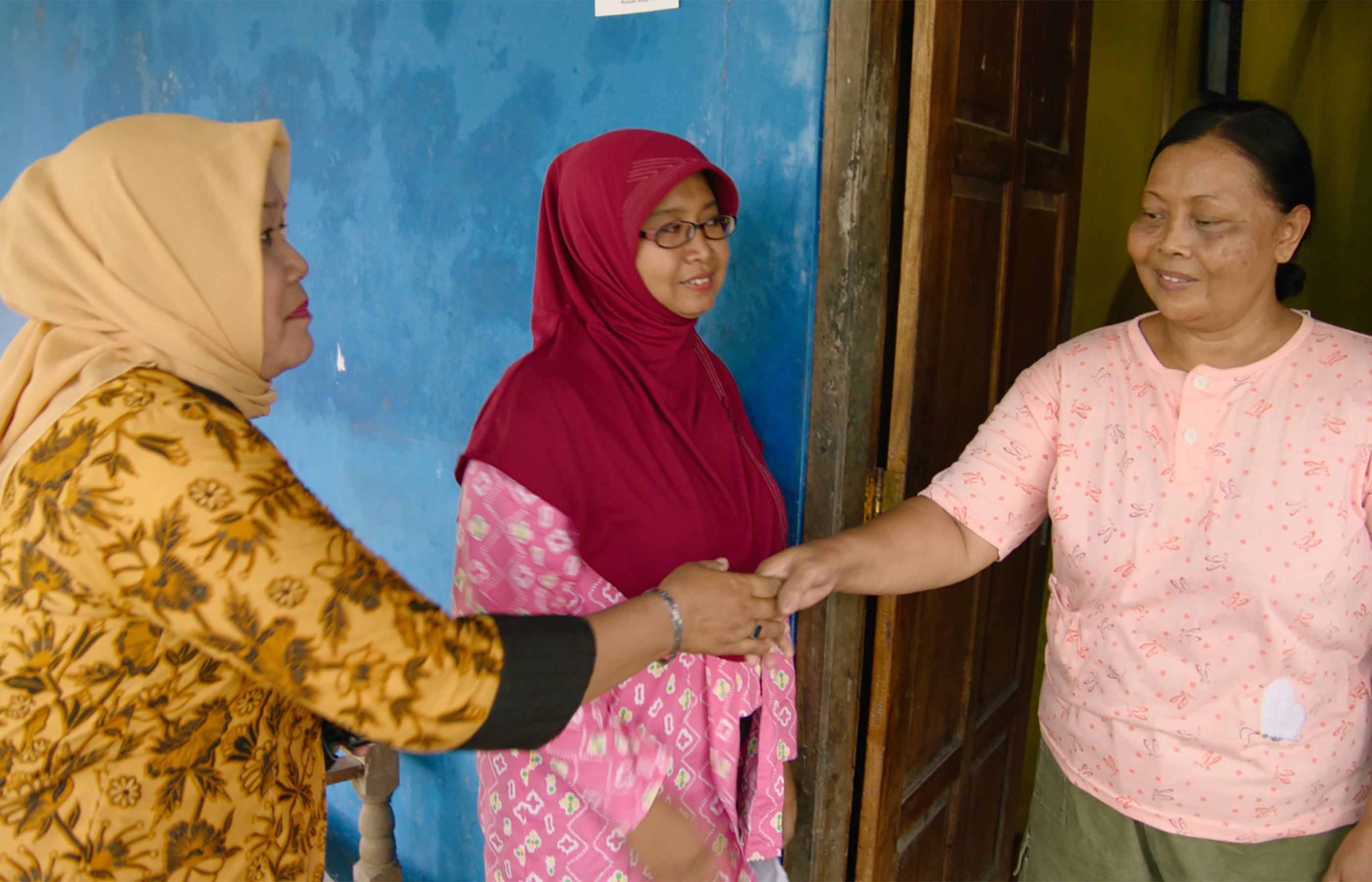