'Breathe' details life of British polio survivor Robin Cavendish, who contracted the disease in Kenya in 1958

By Dave King, Rotary International in Great Britain and Ireland

As Rotary prepares to celebrate World Polio Day on 24 October,  an inspiring new film depicting the devastating impact of polio is hitting theaters.

Andrew Garfield and Claire Foy star in the love story “Breathe,” now playing in select U.S. theaters and scheduled for wider release over the next month. The movie tells the story of British polio survivor Robin Cavendish, who contracted the disease in Kenya in 1958.

At the age of 28, he was paralyzed from the neck down, confined to a hospital bed with a respirator, and given just months to live.

However, with the encouragement and help of his wife, Diana, Robin was able to leave the hospital and spend the rest of his life advocating for people with disabilities and popularizing a new wheelchair with a built-in respirator.

People were frightened by polio. People would shout at us in the street complaining about my father being in a wheelchair when he should have been in the hospital.

Rotary is working with the film’s producer, Robin and Diana’s son, Jonathan Cavendish, to promote the organization’s work to eradicate polio.

Speaking at the film’s European premiere in London, Jonathan, who is featured in the movie, described Breathe as “probably the most expensive home movie ever made.”

“The message of this film is that you can achieve anything if you have the right people around you,” he said. “If you put everything into your relationship and really go for it, life will start looking rosier and better.”

Jonathan joined Eve Conway, vice chair of Rotary International’s End Polio Now: Countdown to History Campaign Committee for Europe, for a question-and-answer session with the audience after the film’s screening in Leicester Square to launch the London Film Festival.

“The thing to remember about the 1960s is that we were all frightened about the things we didn’t know,” Jonathan said.

“Nobody had ever met anybody with that degree of disability. People were frightened by polio. People would shout at us in the street complaining about my father being in a wheelchair when he should have been in the hospital. Can you imagine that?

“However, my dad was a very nice, inspirational, and charming man — something which has been captured in the film. My dad wanted to put everyone else at ease and imbued that spirit with other disabled people who he encouraged to move out of the hospital.”

Since Robin Cavendish died in 1994, polio has declined sharply.  Now, thanks to the work of Rotary and its Global Polio Eradication Initiative partners, there are just a handful of cases worldwide.

Robin’s mother, Diana Cavendish, who is played by Foy, said she loved watching the film.

Speaking at the red carpet premiere hosted by the British Film Institute, the now-83-year-old said, “I decided I was going to adopt a very detached attitude. My grandson told me to pretend it is somebody else. But I think they have made a really good job of it.

“It is a long time ago, but when it all first happened, people who were as badly disabled as Robin were told they weren’t to leave hospital. If it hadn’t been for the legendary professor Teddy Hall and his revolutionary chair, we wouldn’t have got anywhere.”

Golden Globe winner Foy, who starred in “The Crown” and “Wolf Hall,” described Diane as a down-to-earth and very humble woman. “When I met Diane, everything about her impressed me,” Foy said.

“She is an extraordinary woman, with her strength, her bravery, and her love for her husband. Everything she did is extraordinary, and I am really pleased the story has been told.”

This true story of love with no limits is directed by Andy Serkis and written by Academy Award-nominated writer William Nicholson (“Les Miserables,” “Everest,” and “Gladiator”).

“Robin and Diana were extraordinary people,” Serkis said. “They broke the mold. They were mavericks of their time, not settling for the limitations they were given about living life in a hospital waiting for death.

“It was about the risks that they took, and then the joy they had as a result of that which then went on to inspire millions of others. It is quite extraordinary.”

At the heart of this movie about polio is a celebration of positivity, bravery, and human possibility, a theme which struck a chord with Academy Award nominee Garfield (“Hacksaw Ridge,” “Silence”), who plays Robin Cavendish.

Robin Cavendish fought for value of life. He fought to make life meaningful and not just survive it, but to live a rich and connected life.

“Robin Cavendish fought for value of life. He fought to make life meaningful and not just survive it, but to live a rich and connected life.

“Out of such loss and suffering, they created such joy, and that’s just an inspiration for all of us,” Garfield said.

“What I saw in their story was a template of how to live. How to live a life of meaning with the inevitable loss incorporated into one’s life. To laugh at the universe, to laugh at the cosmic joke, the absurdity of the slings and arrows of outrageous fortune which befall all of us in some ways.” 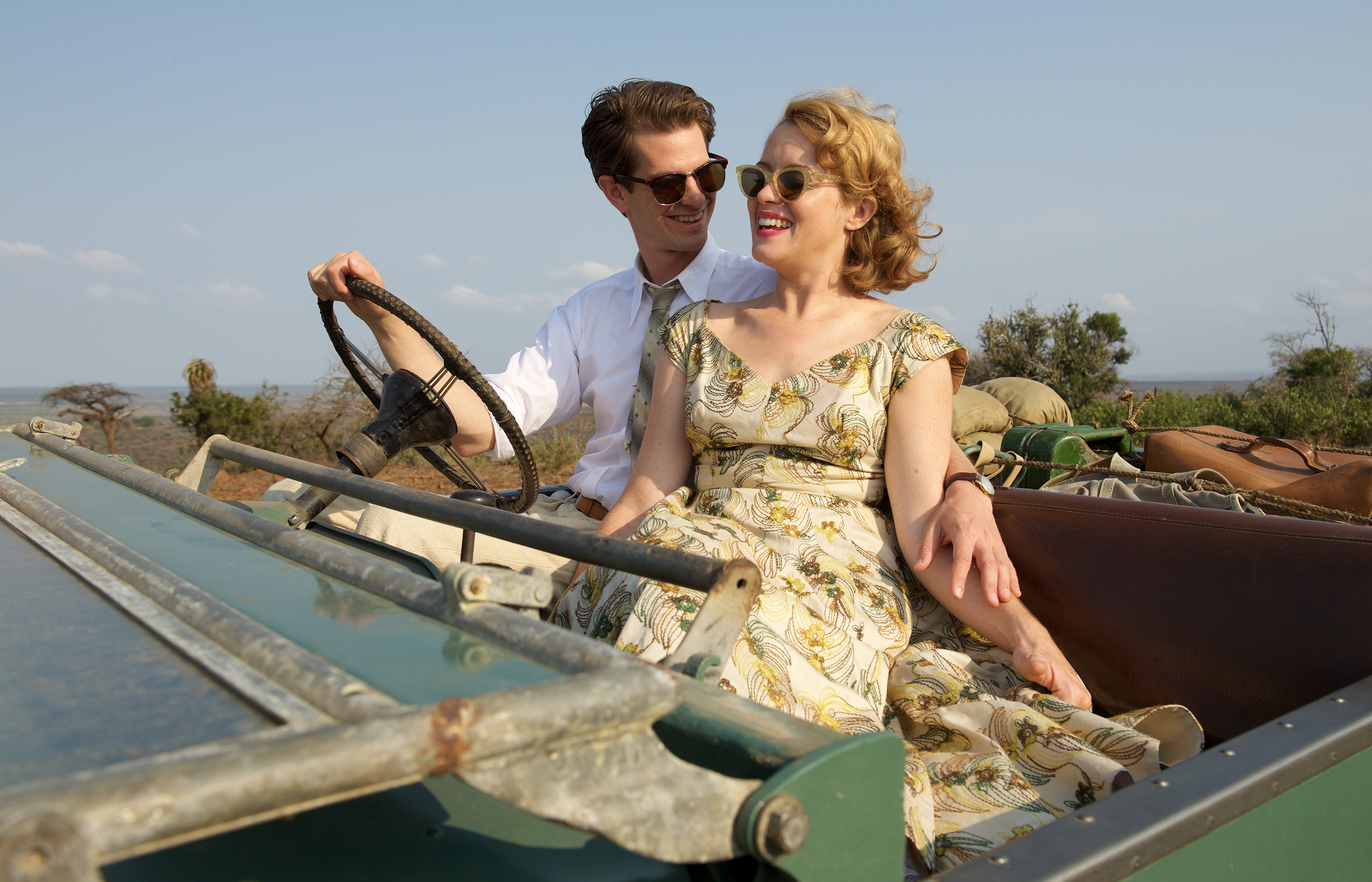