Toward a polio-free world

As Rotary members gather at the 2019 Rotary International Convention in Hamburg, Germany, they’re learning about the latest roadmap that will guide Rotary and our partners in the Global Polio Eradication Initiative (GPEI) toward a polio-free world.

Rotary has been committed to fighting polio for more than 30 years. In April, the GPEI released the Polio Endgame Strategy 2019-2023, which lays out the final steps to achieving and sustaining a world free of polio. The GPEI’s strategic plan for 2013-18 brought the world to the brink of polio eradication. This new strategy is designed to accomplish it.

The 2019-2023 strategy builds on the lessons we’ve learned, including the lesson that tailoring strategies to every community and being responsive and adaptive to local conditions is crucial. Innovative strategies include new operational approaches, new managerial tactics, and new partnerships.

Jeffrey Kluger, editor at large at TIME magazine and a champion for polio eradication, will moderate a conversation with Michel Zaffran, director of polio eradication for the World Health Organization (WHO), and Dr. Ujala Nayyar, WHO surveillance officer, at the general session on Tuesday, 4 June. Kluger is the author of “Splendid Solution: Jonas Salk and the Conquest of Polio,” which details the development of the polio vaccine, and has written countless articles about public health issues. He traveled to Nigeria with Rotary to document polio eradication efforts.

Deckel drauf (“Put a Lid on It”) has successfully rallied an entire country around polio eradication. The initiative collects plastic bottle caps and recycles them to raise money for polio eradication. Dennis Kissel, a Rotarian and managing director of a municipal waste company, launched the effort with the Rotary Club of Herzogtum Lauenburg-Mölln, Germany. Bottle caps have been collected at schools, businesses, football clubs, police stations, and even at a G7 Summit. After five years, the project will end in June, because of changes in recycling policies. At the convention, watch for signs about how you can be part of the final effort. 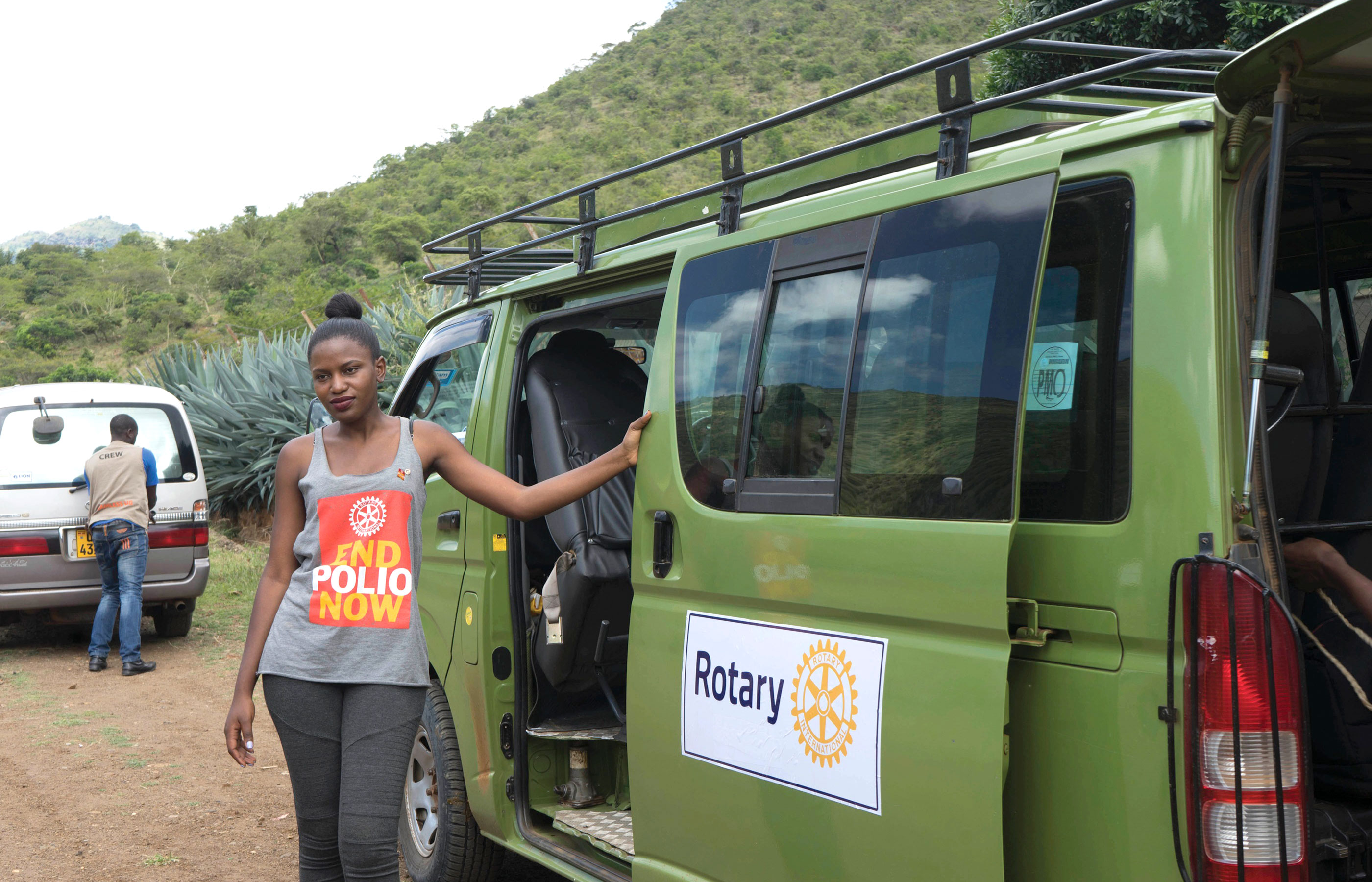