Rotary International President-elect Barry Rassin laid out his vision for the future of the organization on Sunday, calling on leaders to work for a sustainable future and to inspire Rotarians and the community at large.

Rassin, a member of the Rotary Club of East Nassau, New Providence, Bahamas, unveiled the 2018-19 presidential theme, Be the Inspiration, to incoming district governors at Rotary’s International Assembly in San Diego, California, USA. “I want you to inspire in your clubs, your Rotarians, that desire for something greater. The drive to do more, to be more, to create something that will live beyond each of us.”

Rassin stressed the power of Rotary’s new vision statement, “Together, we see a world where people unite and take action to create lasting change — across the globe, in our communities, and in ourselves.” This describes the Rotary that leaders must help build, he said.

Rassin asked the incoming district governors to “inspire the club presidents, and the Rotarians in your districts, to want to change. To want to do more. To want to reach their own potential. It’s your job to motivate them — and help them find their own way forward.”

Watch videos from the assembly

Rassin noted that one source of inspiration has been Rotary’s work to eradicate polio. He described the incredible progress made over the past three decades. In 1988, an estimated 350,000 people were paralyzed by the wild poliovirus; just 20 cases were reported in 2017 as of 27 December. “We are at an incredibly exciting time for polio eradication,” he said, “a point at which each new case of polio could very well be the last.”

He emphasized that even when that last case of polio is recorded, the work won’t be finished. “Polio won’t be over, until the certifying commission says it’s over—when not one poliovirus has been found, in a river, in a sewer, or in a paralyzed child, for at least three years,” he said. “Until then, we have to keep doing everything we’re doing now.” He urged continued dedication to immunization and disease surveillance programs.

Rotary has focused heavily on sustainability in its humanitarian work in recent years. Now, Rassin said, Rotarians must acknowledge some hard realities about pollution, environmental degradation, and climate change. He noted that 80 percent of his own country is within one meter of sea level. With sea levels projected to rise two meters by 2100, he said, “my country is going to be gone in 50 years, along with most of the islands in the Caribbean and coastal cities and low-lying areas all over the world.”

Rassin urged leaders to look at all of Rotary’s service as part of a larger global system. He said that this means the incoming district governors must be an inspiration not only to clubs, but also to their communities. “We want the good we do to last. We want to make the world a better place. Not just here, not just for us, but everywhere, for everyone, for generations.” 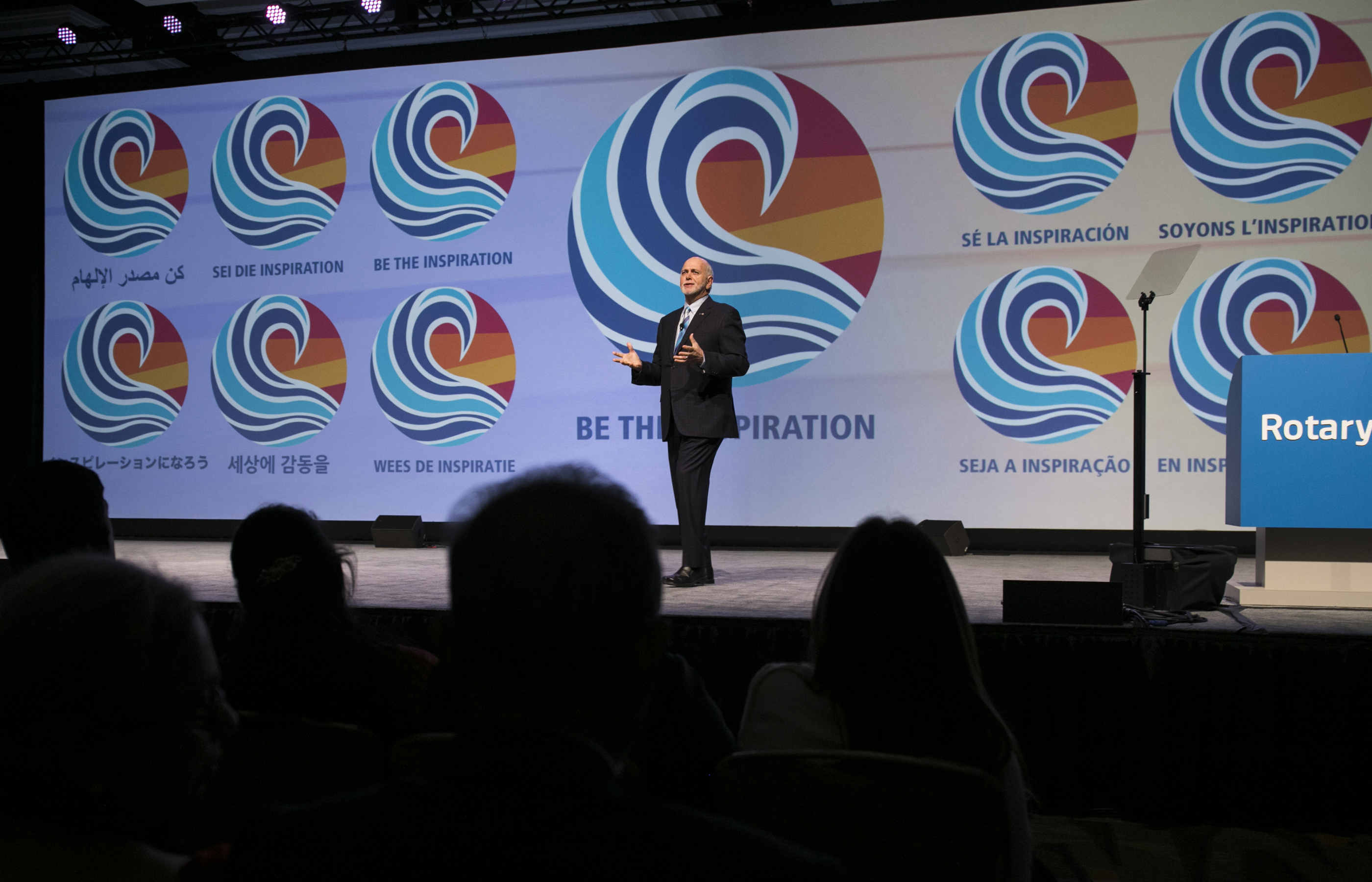