After discovering new perspectives and being inspired by new ideas at the 2022 Rotary International Convention, attendees and virtual participants are looking ahead to next year's gathering in Melbourne, the sparkling second city of Australia.

This vibrant hub of art, sports, and cuisine will host the 2023 convention, set for 27-31 May. Rotary members, participants, and supporters are invited to Imagine What's Next and explore the possibilities for Rotary's future.

Our commitment to diversity, equity, and inclusion will also be an important focus during the event, which will be packed with thought-provoking speakers and practical breakout sessions. Rotary members in the Host Organization Committee are planning activities to show visitors why their city is known for world-class sports, cultural diversity, exceptional dining, and inventive street art.

Anyone who registers by 15 December will pay a reduced price.

The 2022 convention in Houston, Texas, USA, offered plenty of inspiring moments as Rotary's global network gathered in person for the first time since 2019, following two conventions that were held virtually because of COVID-19. The convention offered participants new horizons to discover through in-person events and a robust schedule of virtual offerings (with recordings available through 31 August).

During the closing session , Rotary International President-elect Jennifer Jones gave members a preview of what she'll be focusing on.

"For the past two years, the most common question I have received is, 'How does it feel to be our first woman president?'" Jones said. "I will confess, I feel a sense of excitement brewing because I believe this opens opportunities for lifting and celebrating each of our diverse perspectives."

"We've all taken a different path to get here," she continued. "Some because your father was a Rotarian, some because an employer tapped you on the shoulder, others because a Supreme Court ruling permitted women to join ... and yet each of us entered through one mechanism — an invitation.

"That is why I am determined to harness diversity, equity, and inclusion to advance this invitation across the Rotary world."

Jones also called on leaders throughout Rotary to be trailblazers, and pledged to continue President Shekhar Mehta's Empowering Girls initiative, which she said "has resonated powerfully around the world."

Other highlights from Houston:

Relive the excitement of the 2022 convention: 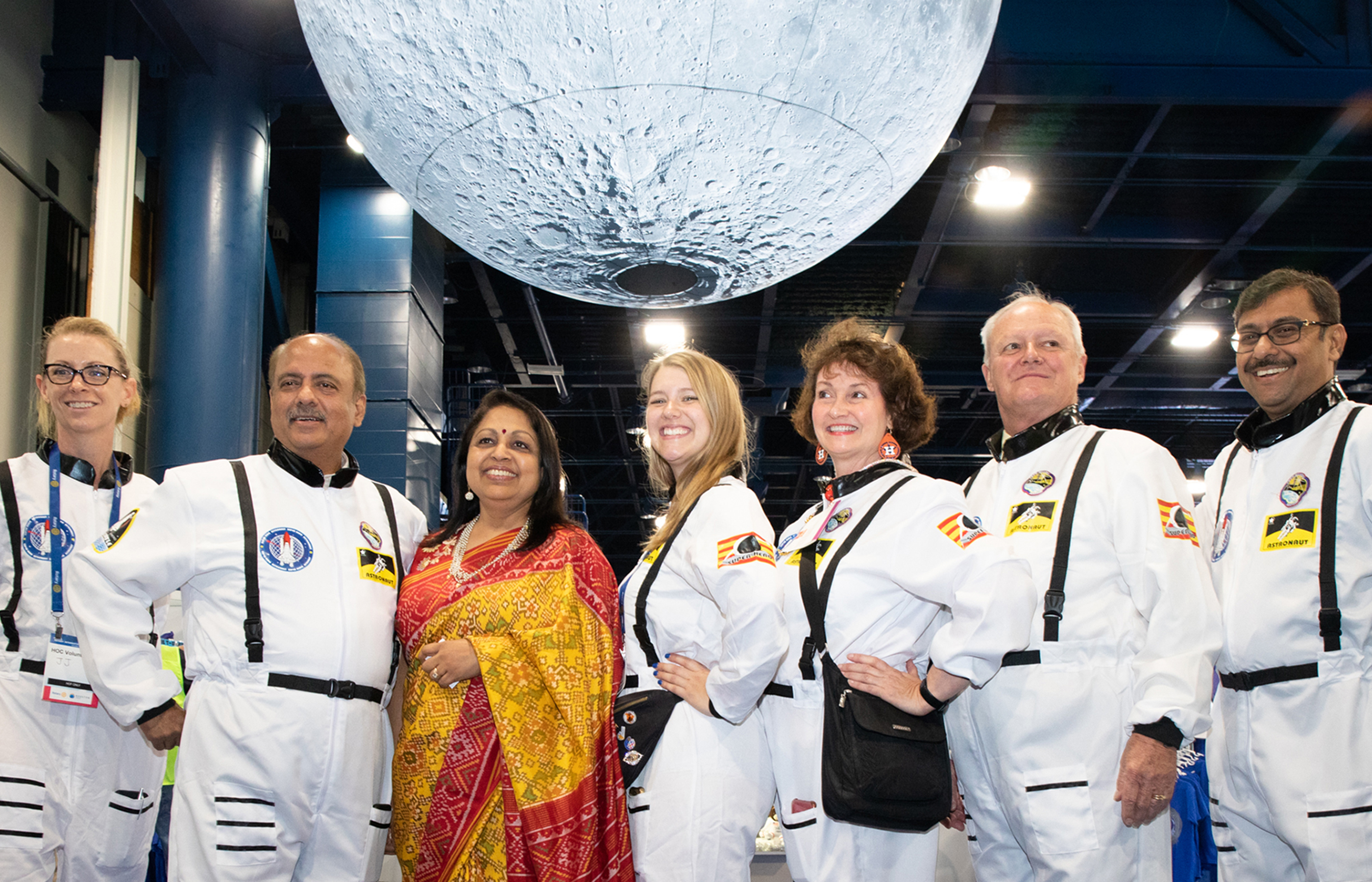