Here’s why these organizations and their Rotary club partners are supporting local women’s entrepreneurship with financial literacy, small business loans, and one-on-one advisors.

Women’s economic empowerment contributes to a nation’s growth and to the world’s economic health overall. Studies have shown that it boosts productivity, increases economic diversification and income equality, and supports economic resilience. And income loss associated with gender discrimination costs the world economy an estimated $12 trillion and well as a reduction of 16 percent of cost to the global GPD.

Growing local economies is one of Rotary’s areas of focus.

In Guatemala, a country that for three decades was racked by civil war and where destitution and violence are still serious problems, a nonprofit called Namaste Direct is focused on women micro-entrepreneurs, helping them to lift themselves and their families out of poverty.

For Mayan women who run small businesses in Guatemala’s western highlands, and for many others, Namaste Direct provides crucial support. The San Francisco, California, USA-based group, which counts Rotary clubs from across the United States and Canada among its sponsors, employs a three-pronged approach: financial literacy training, mentoring, and microloans.

One Namaste Direct client is Alva, who was raising two sons and running a small shop. She went through multiple cycles of Namaste support, expanding her shop and opening a hardware store, a beauty parlor, and a tortilleria. Another client, a weaver named Aura, makes clothes that she sells to tourists. Namaste Direct provided her with financial education and monthly advisory support. She learned how to keep control of her expenses, set her prices, and take advantage of the high season.

“Namaste takes women who’ve been in business but couldn’t pull themselves out of poverty and gives them the training and tools to generate income,” says Marilyn Fitzgerald, author of If I Had a Water Buffalo: Empowering Others Through Sustainable Lending. Fitzgerald, a member of the Rotary Club of Traverse City, Michigan, USA, says the Guatemala project is one of the best examples she has seen in her many years of research on sustainability and microfinance projects around the globe.

Namaste Direct built a program to teach financial literacy. Loan officers teach those skills, and advisers help each client come up with a business plan and analyze cash flow. The women aren’t lent more than they can pay back: Initial loans max out at $250 and must be repaid, and second- and third-cycle loans help bring the clients solidly into the middle class.

From 2017 to 2019, Namaste Direct clients have steadily increased their profits as they complete nine-month loan cycles of the program.

Namaste’s successes underscore the fact that gender equality remains “the greatest human rights challenge of our time,” according to former UN Secretary-General Ban Ki-moon. “Economic empowerment is a uniquely potent way for women to achieve greater control over their own lives,” he wrote in a report on gender equality and women’s economic development. “Yet, too often, women are unpaid or underpaid and unable to be dynamic economic actors. Inclusive growth cannot occur without their full participation.” The United Nations’ Sustainable Development Goals, a blueprint for global development, include achieving gender equality.

And for all 17 of the Sustainable Development Goals to succeed, you need to empower women, says Bonaventure Fandohan, Rotary’s economic and community development area of focus manager. “You can’t get sustainable development when half the population doesn’t control their own assets,” Fandohan says. “Women’s empowerment has to be at the forefront of any poverty eradication program. Think about women first and how you can enable them to think, work, and use the fruit of their own labor.”

Women’s economic empowerment is also an essential part of the successful Launch microfinance programs in the United States. LaunchDetroit is a microfinance project for budding entrepreneurs started in 2012 by Rotary clubs in District 6400 (parts of Ontario and Michigan) in response to unemployment and poverty in Detroit, Michigan’s largest city. It’s one of the first microfinance projects adopted and run by a Rotary district in the developed world.

“The district leadership thought we should get together to support entrepreneurship with microfinance because unemployment was extremely high here,” says Margaret Thorpe Williamson, who leads LaunchDetroit and is an assistant governor of District 6400. In 2013, Detroit’s unemployment rate was 20 percent, and the poverty rate for individuals was 40.7 percent. “Many people had home-based businesses in an attempt to support themselves.”

The program is based on four pillars: business education, loan capital, mentoring, and networking. Most of the clients are women. “Women were so adversely affected by the economic downturn of 2008 and were usually making less money anyway,” Williamson says. “And often they were heads of household. So we thought, let’s encourage entrepreneurship. We’re here to help you be successful and realize your dreams.”

You can’t get sustainable development when half the population doesn’t control their own assets. Women’s empowerment has to be at the forefront of any poverty eradication program.

Women are less likely than men to have access to financial institutions or have a bank account. Studies show that they are less likely to be entrepreneurs and that they face more disadvantages starting businesses. There are a few countries where women are engaged in new business startups at rates equal to or higher than men (Brazil, Indonesia, Mexico, the Philippines, and Vietnam), but in much of the world, women participate in entrepreneurship at far lower levels — at half the rate of men, or even less, in some countries.

LaunchDetroit established its own loan fund, offering loans up to $2,500. Business education classes focused on practical skills leading up to writing a business plan and were supplemented with advice from local Rotarians.

Today, LaunchDetroit takes 10 to 15 applicants a year. Not everyone wants a loan. “Some want the networking, the business plan, and the mentor,” she says. “Some were able to secure funding, but they didn’t have the knowledge to move their business to the next level. We provide this at no cost, and our investment is in their success. It improves the economic viability of our region.”

• This story originally appeared in the September 2020 issue of Rotary magazine. 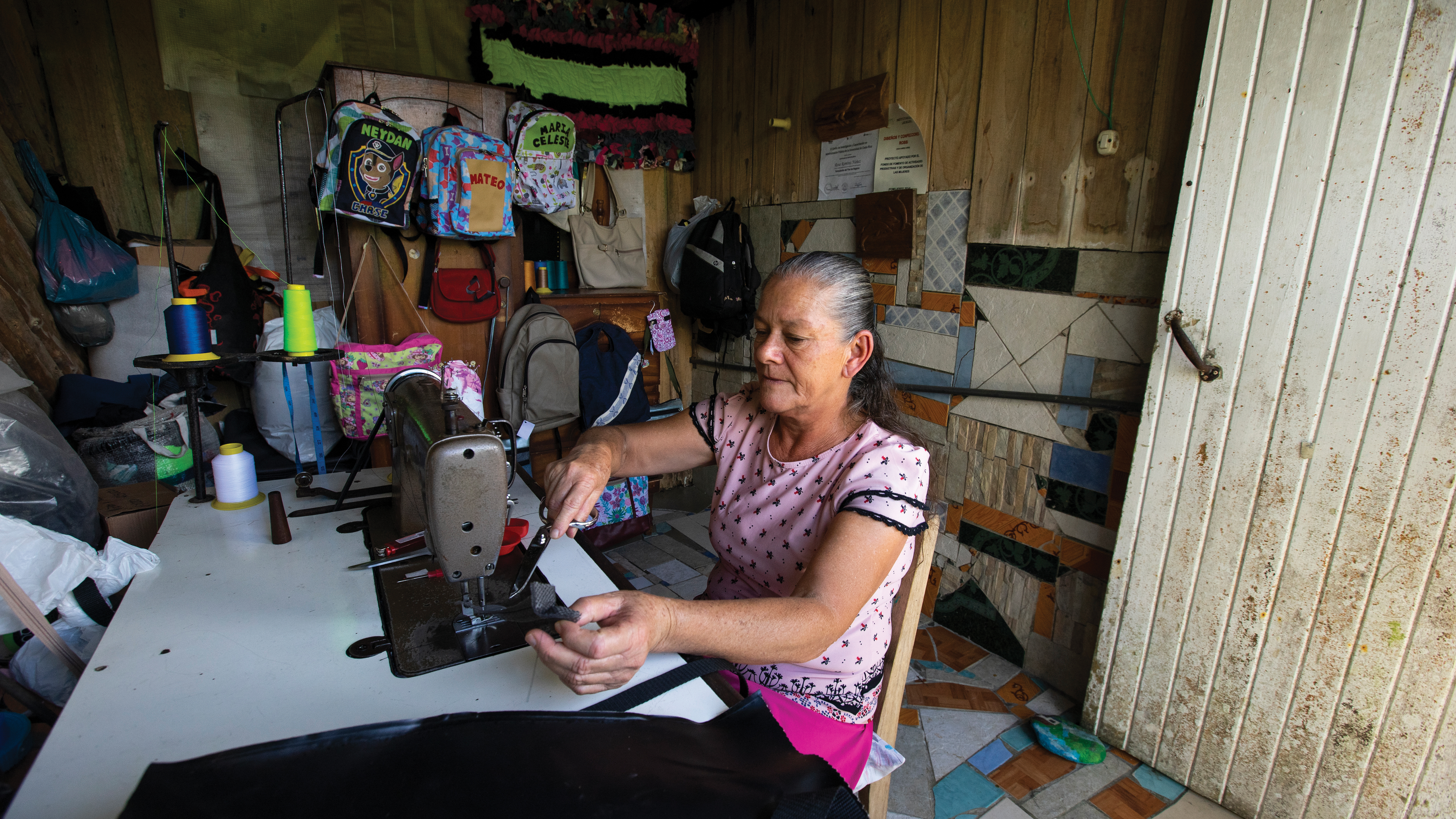 Here’s why these organizations and their Rotary club partners are supporting local women’s entrepreneurship with financial literacy, small business loans, and one-on-one advisors.