By Teresa Schmedding and Sallyann Price

Around 2,000 people watched the debut of Rotary International’s new virtual reality film, “One Small Act,” Tuesday at one of the largest simultaneous viewings of a VR film.

The film follows the journey of a child whose world has been torn apart by conflict and supports the causes that Rotary champions, including polio eradication and peacebuilding. The story evoked strong emotions and sensations from the crowd.

Angus Fraser, of the Rotary Club of Quirindi in New South Wales, Australia, was among those who registered for the event, which was a part of the Rotary International Convention in Atlanta, Georgia, USA.

“The film was great. A bit shocking; I didn’t really know what to expect from it but it was really cool,” he said. “I think the film’s message will open up the world a bit, to make people realize there are terrible things happening and there are people trying to help -- Rotary being one of the main groups doing that.”

Attendees are eager to show the film to others when they return home.

“This will definitely have a positive effect on people,” says Angela Ofili, of the Rotaract Club of Lekki Phase 1, in Lagos, Nigeria. “Rotary has evolved, and that goes a long way toward having an impact in other people’s lives.”

“One Small Act” isn’t Rotary’s first VR film. “I Dream of an Empty Ward,” which premiered on World Polio Day last year, takes viewers to India to follow Alokita, a young woman who was paralyzed by polio as a child. 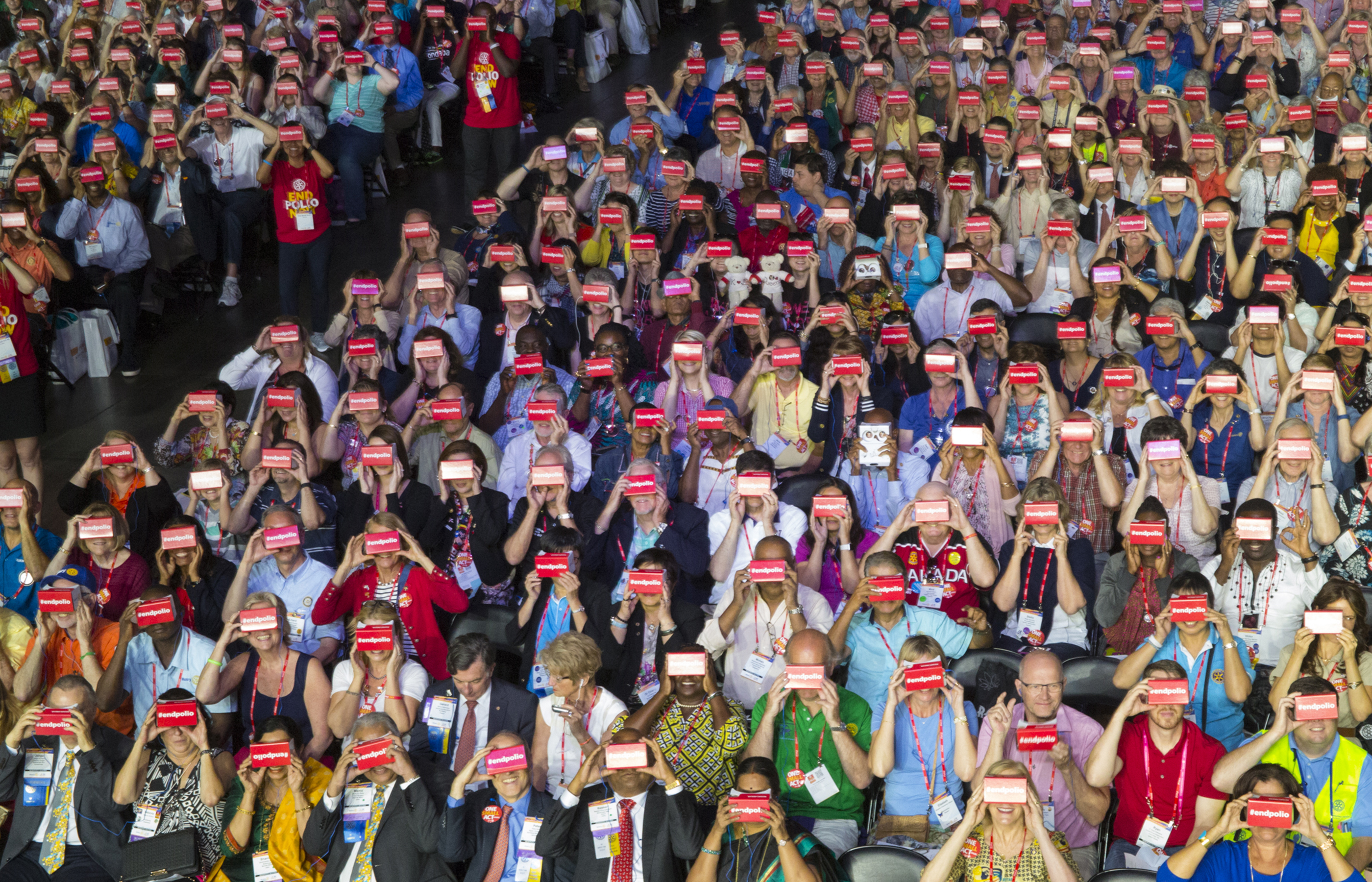